» Blog » Rent a car in Crete: 7 useful information about driving on the island 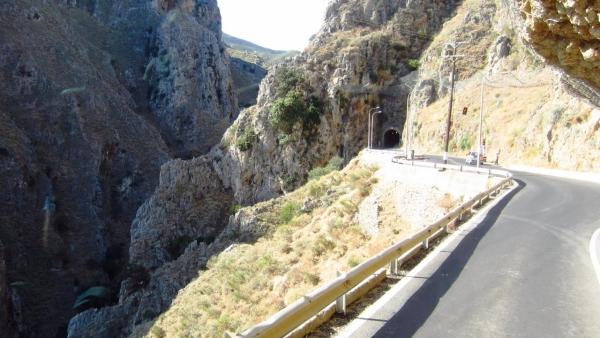 Crete is a large island, and thus we highly recommend you to rent a car if you want to discover many areas, hidden beaches and remote authentic villages. Greece is a European country, and it follows the European rules regarding driving. We gathered here the most useful information about driving and renting a car in Crete in order to be prepared and safe during your vacation.

Priority to the right

Driving in Greece is on the right side, the same as in the United States and most of Europe except from United Kingdom, Ireland and Cyprus. Vehicles coming from the right have priority unless there is a sign that gives priority to the other side. Cars that enter a traffic circle go first, and drivers that are already in the circle must yield.

Traffic signs in Greece are generally in Greek and English, while at the same time Greece uses internationally recognized traffic control and stop signs. Remember, however, that many signs are old or hidden behind trees, so be careful when reaching a crossroad.

Crete is an island with cliffs and mountains. Driving around Crete gives you the opportunity to admire magnificent views, but it can also cause you and especially your children sickness and nausea. If you are traveling with your family, the only solution is to make frequent stops and drive slowly.

The roads in Crete vary in their quality and state of repair. Major cities, such as Chania, Rethymno, Heraklion and Agios Nikolaos, are connected by highways, but small cities are connected by lesser roads. For some beaches and remote mountainous villages, there is dirt road, where you can drive safely only if you rent a 4X4 vehicle.

Parking is permitted in most city streets, but vacant places may be difficult to find. In some areas you have to buy and use a Parking Card, which you can buy at a nearby kiosk (periptero at Greek).

There are no emergency telephone devices in the highways of Crete. In case of an emergency, you should use your cell phone. The number 112 is the emergency number, which is the same to all European countries. It is a free 24-hour line.

Do you like to know more about cars? Check for Automotive Advices