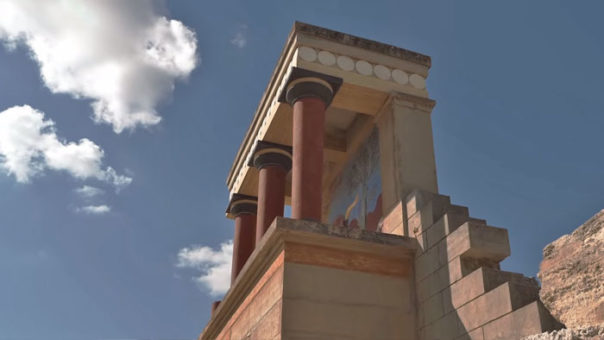 The beautiful island of Crete has a long and rich history over the years, with a special emphasis on the Minoan Period. In Crete you can visit important archaeological sites along its entire length and width, thus knowing better the history and tradition of the island. We suggest, by hiring a car, to visit the following 5 top archaeological sites, where you will be really impressed and excited:

The archaeological site of Knossos is located 5 kilometers southern-east of Heraklion and is one of the most famous touristic places of Greece.
It was the greatest town of the Minoan Civilization and was also the seat of the legendary King Minos. Several fascinating myths are associated with the palace of Knossos, such as the Minotaur with the Labyrinth, and Daedalus with Icarus.
The first settlement of the area date back to the Neolithic period, inwhich period there was the construction of the fabulous Palace of Knossos.The palace covered an area of about 22 acres, it was multi-storey and divided into several sections. In addition, it had a modern, for the period, water supply and drainage system. It had about 1500 rooms,most of which had terraces and were decorated with magnificent frescoes, while there were also the Minoan symbolswhich were the double ax and the bull horns. 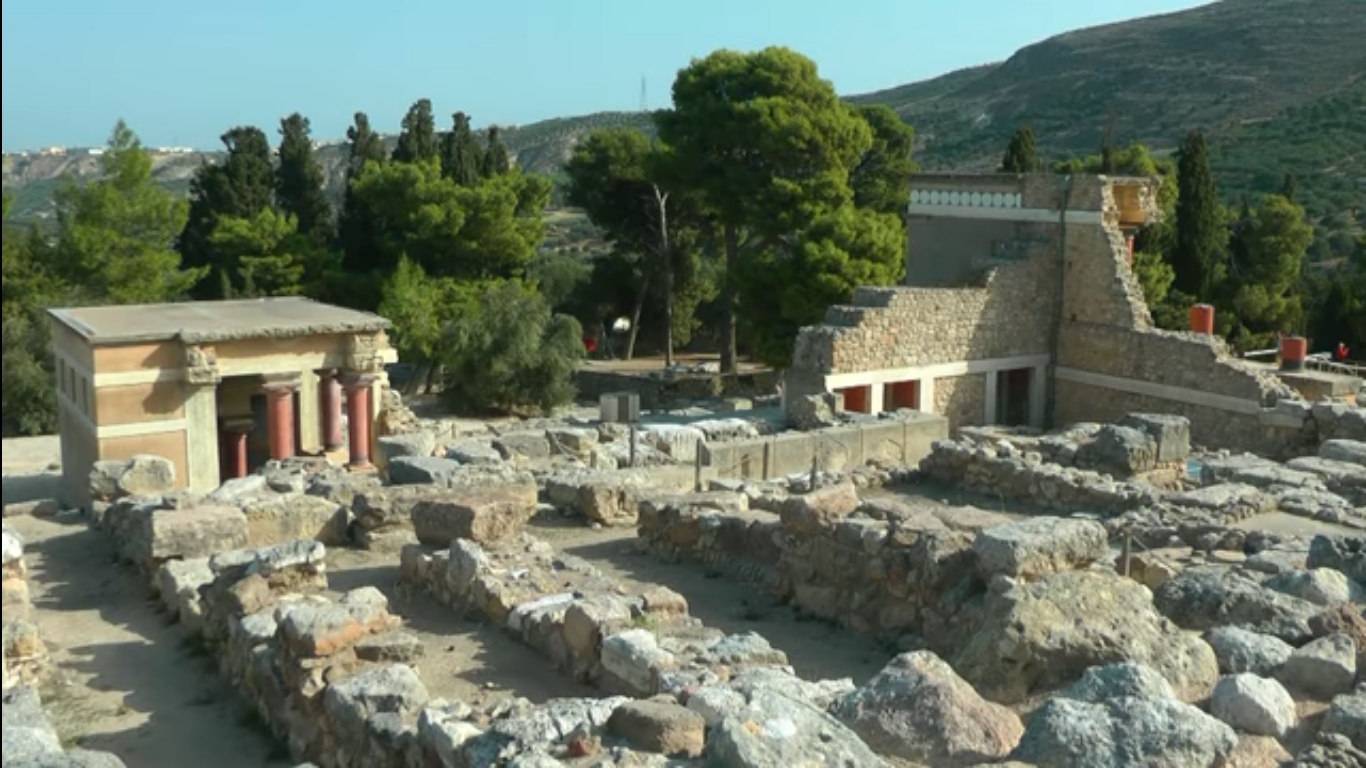 Phaistos is the second most important Minoan Palace in Crete. It lies at the south of the prefecture of Heraklion, is built at a strategic position on a low hill with views of the valleys.
According to mythology, Phaistos was the residence of the brother of Minos,the king Rhadamanthys, who was distinguished for his righteousness.
Because of its architectural layout and its exceptional construction, the Palace of Phaistos is considered a typical Minoan Palace. Furthermore, the visitor can see the place in which the Disk of Phaistos was found. This is a disk of clay with Minoan symbols, which it has not yet been decrypted and remains an unresolved mystery. 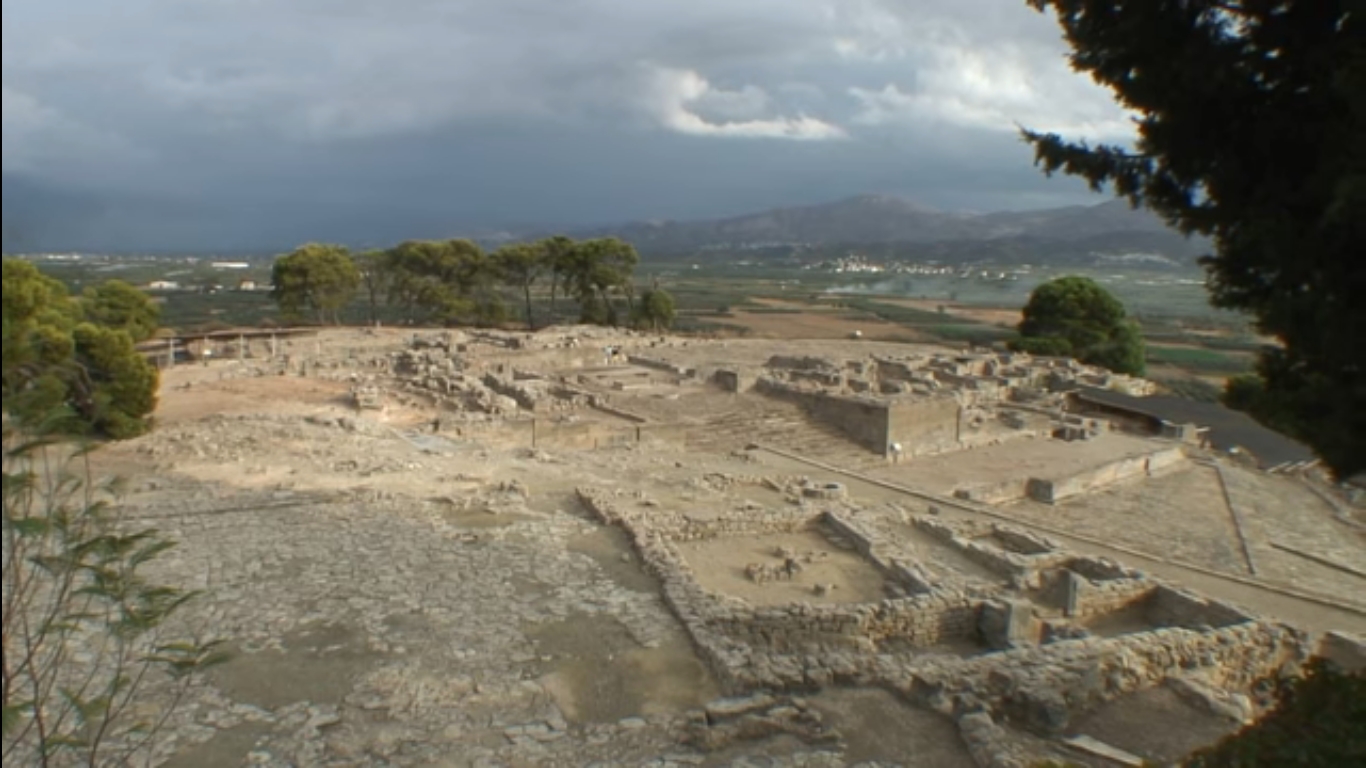 Three kilometers east of the famous village of Malia there is the homonymous archaeological site. It was a significant Minoan city with a large Minoan Palace, in which the mythical brother of Minos, Sarpedon was reigned here.
The Palace was a two storey building, had four winds, and was organized around a central rectangular courtyard, which surrounded by a paved plateau. The main entrance of the palace was to the north and through corridors was communicated with the main parts of the palace. But at the west side of itwere found warehouses with a lot of pots and jars, royal rooms, craftsmen’s workshops, and weapons room. 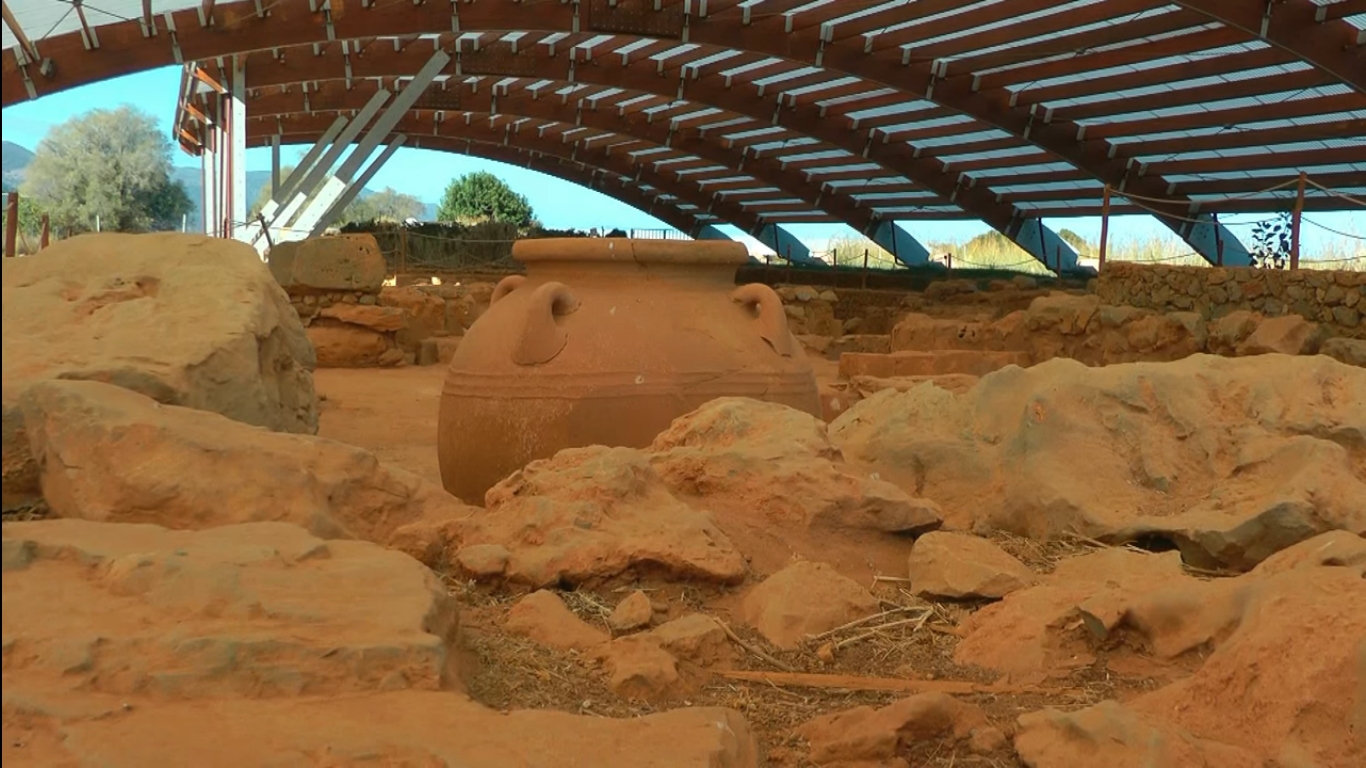 The Byzantine Wall of Chania

Going around the beautiful city of Chania with a rental car, you can visit the hill Kasteli and see the Byzantine fortifications of Chania.
The Byzantine Wall of Chania is almost one kilometer long, separates the old town from its fortified acropolis, and encircles the Kastelli hill, offering protection to it. The Byzantine wall took its current form during the first Byzantine period, while the period of Venetian occupation there were extensive modifications.
The outline of the wall is irregular and consists of straight sections interrupted by small rectangular or polygonal towers. The northern side of the wall continues the sharp natural rocks, while the other sides have been built upon soft limestone and remains of Minoan settlements.
Today, the monument is preserved in very good condition, while conservation and restoration works are being carried out.

The Archaeological Site of the Roman city of Gortys

The archaeological site of Gortyna is on the south coast of Crete, not far from Phaistos. It was one of the most important ancient cities of Crete, andwas the capital of Crete and Cyrenaica during the Roman period. In this period Gortyna reached the peak of its power.
The visitor of the archaeological site of Gortyna can see a lot of monuments, from which the most significant are: the Odeon – a typical Roman theater, a stone-built large cruciform Temple of Saint Titus, the room in which there is the “Great Inscription” with the Code of Law of Gortys, and the Sanctuary of the Egyptian deities, a rectangular area of worship of many gods. 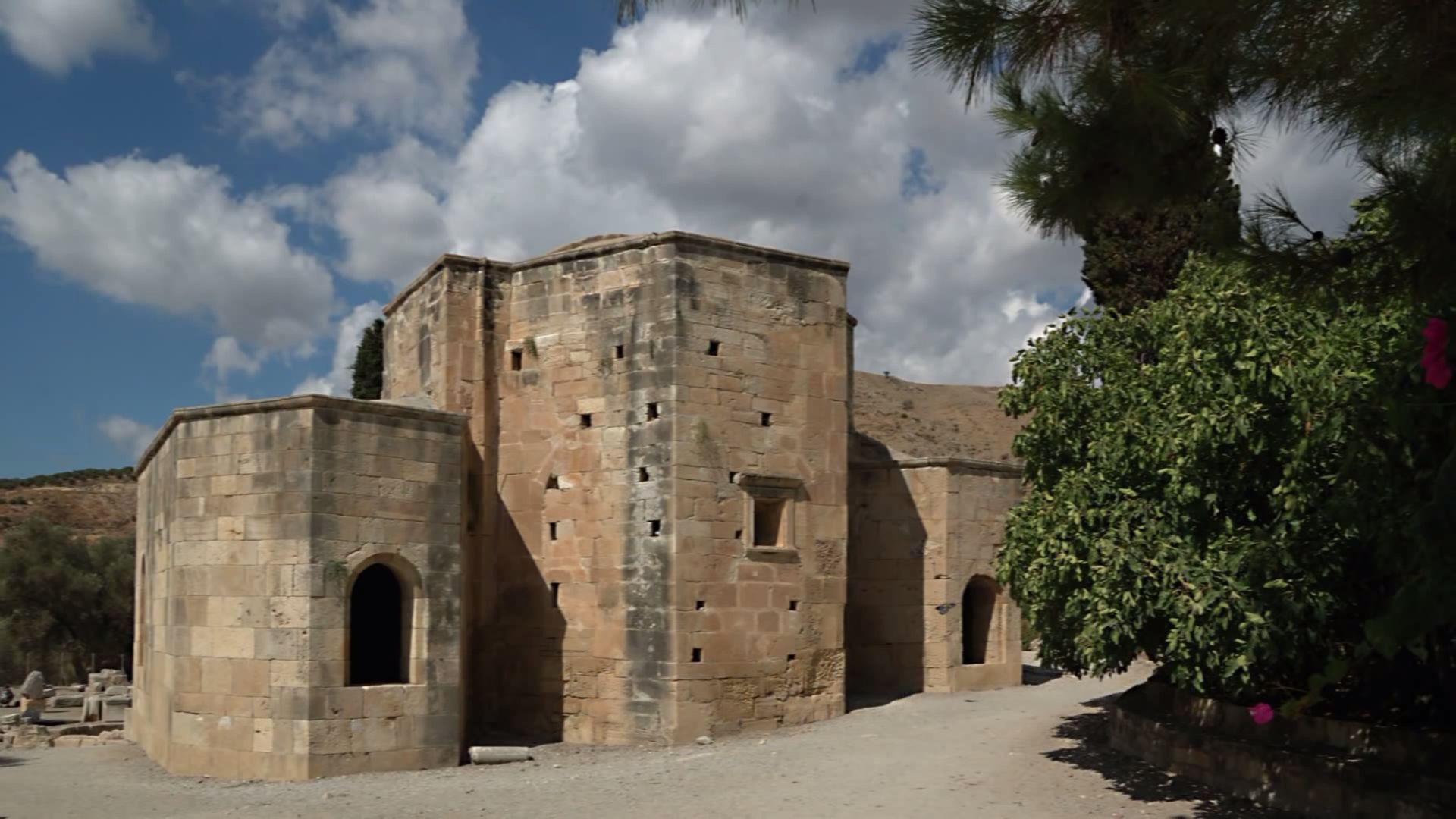