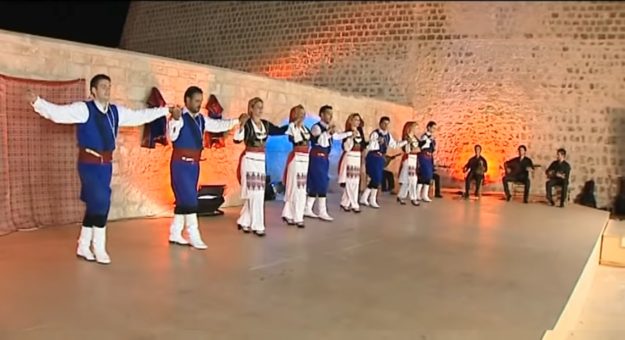 “Pentozalis” is a fast-paced dance with impressive figures. It is danced all over Crete by men and women, holding hands by the shoulders. Its style is reminiscent of remnants ancient martial dance form.
In Crete “Zala” means steps. So the name of the dance came from “five Zala”, because the dance has 5 steps.
Pentozalis is an enthusiastic, jumpy, “aggressive”, dance. It highlights the manliness of his dancers and gives the opportunity to many improvisations and spectacular jumps, under its vibrant sounds of violin and lute. 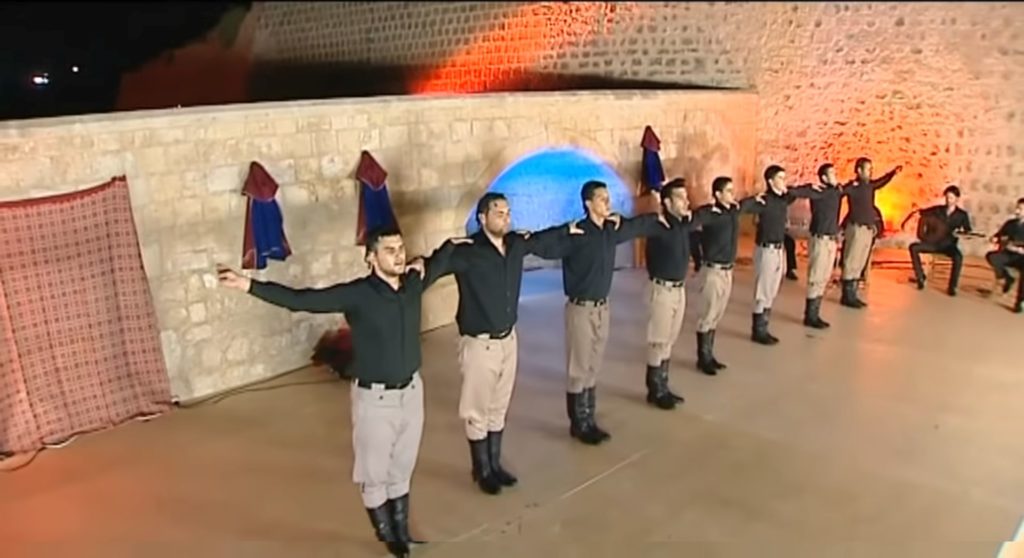 “Haniotis” is a circular dance, which is danced in all over Crete, mainly in the area of Chania.  Men and women dance it with hands in distance, and handles upwards. The steps are 12 and measured at 3.
The dance is accompanied by a lyre or violin, lute, mandolin or askomandoura. There is a great variety of dance purposes. There is a great variety of dance purposes. So there is a different way of performing the dance depending on the area. They dance it different in Kissamos than in Heraklion or Lasithi.
First dancer leads the circle. He has the ability to improvise by doing small variations in steps to form figures. He has also the ability to detach from the circle, to make turns giving a magic at the dance.
The female first-dancer attaches much more importance to dance expression than to skillfulness. She does not make jumps but small decent steps with harmony in body and foot movement. She makes turns and dance with grace.

It is a representative dance of Crete. Men and women, all over the island, dance it, mainly in Heraklion and the area of Malevizi. For this reason took the name “Kastrinos” from the area of Heraklion, which formerly called “Kastro”. It is also named “Maleviziotis”.
They dance to the toes of foot with quick and lively steps, using handhold from the palms and their elbows bent.
The steps being 16 and performed in three ways: either 8 to the right, starting with the right foot and another 8 to the left, starting with the left, either 8 steps forward towards the center, and 8 steps backwards, or on the ground, when the “leader dancer” performs various figures such as turns, jumps, and dance-scissors. 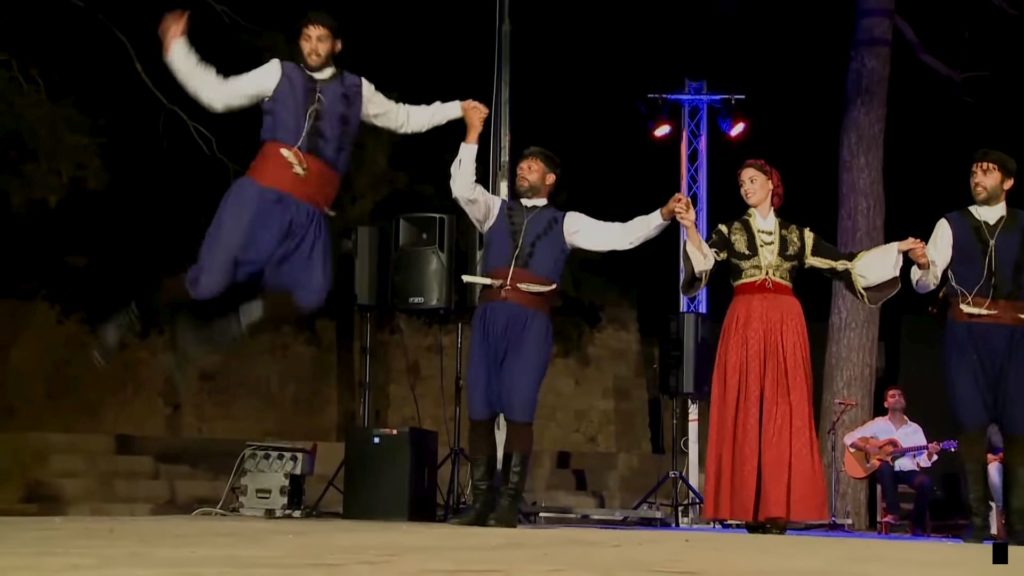